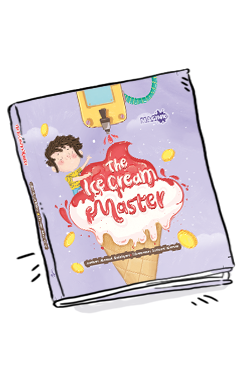 “8 Ice-creams a Day?! Who doesn’t want to! Maybe this is the most delicious way for children to learn what “endeavor” means. In this story kids will learn if they have a dream, they must try hard to make it come true, and giving up doesn’t make any sense. Apart from that, the humor in the illustrations, depicts that not every way is the best way to reach your goal.”

Masoud Malekyari was born in 1980. Being in love with books and stories his whole life, Masoud joined the university to study cinema screenwriting and continue his studies in dramatic literature. He has been working in the press for many years, but intrigued with narratives for children, he started to write and translate stories for kids. To further pursue his passion for books, he now owns a lovely and exciting children's bookstore called Paper Boat. 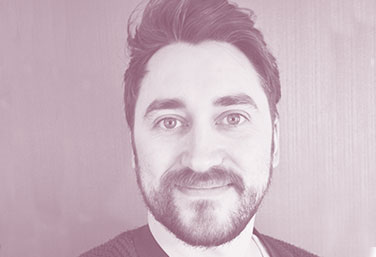 Richard Watson is an Illustrator based in the North of England, he has been working on children's books since graduating in 2003 with a degree in Illustration from the University of Lincoln. He won the EOCT/SLS Wakefield Riveting Reads Best Picture Book Award 2018 for ‘Stone Underpants’, and the follow up ‘Game of Stones’ won best picture book at the Sheffield children's book awards 2018 (Both written by Rebecca Lisle) As well as an interest in books, Richard loves to watch scary films, play the guitar, listen to music, wildlife and walks in the countryside. His work is mainly produced digitally and Richard is represented by The Bright Agency.